Time Warp is a head turning beauty, she is a 2000 Packard: modern fiberglass construction of a 1930's design. Love a Chris Craft or Corsair but do not want to maintain a wood boat, then this launch is for you. Known as a "Gentleman's Runabout" She is powered by a rebuilt and stroked 6.2L MPI fuel injected Crusader with SS marine exhaust, and cooled by a closed cooling system.

Packard boat company was based in Sarasota, FL about 1/2 mile from the Chris-Craft plant.  It was started by Bud Finkl in the late 80's.  Bud was a well known powerboat racer and his family built over 2000 mahogany runabouts in the 30's and 40's.

The Finkl family also owned a foundry that supplied parts to the major auto companies in the U.S.  When the Packard Car Company went out of business, Bud purchased the right to the Packard Boat Company, along with the Packard logo and the phrases "ask the man who owns one" and  "the time machine"

The 27 foot Heritage was the largest boat that Packard made.  Its design, according to Bud, was a combination of various 1930-1950 Gar Wood, Hacker and Chris-Craft models.  The first one was built in 1994.  In all they built 12 of these, some with inboard/outboard, some outboard but the most desirable one is this inboard with V-drive.  This is the only one that really pulls off the retro look of these boats.  Time Warp was built in 2000 and was the last Packard 27 built.  Bud was 82 at the time and he soon thereafter closed the company.

The Company offers the details of this vessel in good faith but cannot guarantee or warrant the accuracy of this information nor warrant the condition of the vessel. A buyer should instruct his agents, or his surveyors, to investigate such details as the buyer desires validated. Hours listed may vary from actual hours due to recent use. Purchaser is encouraged to verify hours prior to purchase. This vessel is offered subject to prior sale, price change, or withdrawal without notice. 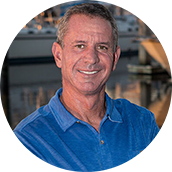